The next - leopard print, kitten-heeled - shoe is dropping. J.Crew is prepping to file for bankruptcy.

This is not new news. This is not a surprise. This is not unprecedented. This is still sad. Kind of. They got pompous, they got full of themselves, they thought they were influencers. Just because you raise the price does not mean people think you are worth it. This. Is. Hubris. 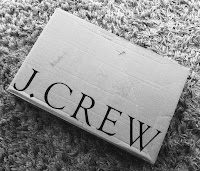 Even if you are not a J.Crew fan, one must acknowledge this is the end of an era, but it's their own fault.

It started with the #JCrewCollection and continued downhill through the slalom of every "capsule" collection and "exclusive". Is someone really going to procure a J.Crew necklace or sequined skirt upwards of $500? Another marker was the case of the #tippi and #tilli. Not enough orders of the one, and too many of the other. J.Crew ceased to read its very loyal, albeit aging, audience.

The quality markedly went down in the early aughts, when J.Crew was feeling its proverbial druthers and thought it should rightly charge $98 for a sweater worth about $29, on a cold, Lake Michigan day in January. And then its sales people got snooty. Snobby. Too big for their khakis. I have never been so shabbily treated as I have in a J. Crew store. And they don't even offer a Coca-Cola, much less a champagne (see Tory Burch and Tiffany).

And I do actually, occasionally, venture into Chanel. And Gucci. And Bergdorf. From time to time. So when I say I've never been so insulted, I really mean it. And I did make this known to the brand in the hopes it would, could, should - help.

I get it. I was flying high on my #GenX brands like #BananaRepublic and #Gap. Even in foreign countries I still do shop at #Benetton and #Swatch. I want. Just really want (need?). Legacy brands to survive.

But J.Crew won't. J. Crew can't. Because prep school dressing isn't a thing. Gosh, with Covid-19, is going to an actual class a thing?

Admittedly, the mortifying - yet satisfying - athleisure trend - has also disrupted. J.Crew is well-suited for this trend, but is charging way too much for the privilege of sleeping in. It also didn't do much to grow the brand, make it relevant to the crucial under-40s (with the exception of the $100 per outfit crewcuts brand). The other thing is, how much do we really need to spend on pants only worn at home?

Then, there were tweaks to the distribution channels. J.Crew and Madewell, at Nordstrom. J.Crew on Amazon. To be a major brand, searching for a home - searching for relevancy - is like a death nell.

To the frequent shopper, this has all been too real, for too long.

The online "Chat" - tellingly helmed by everyone named "Ashley" in the free world - really! - has not been active for at least two years, near as I can tell. Every time I click to access it, they are "not available at this time." Mind you, "at this time" is 2pm on a Wednesday, 9am on a Monday or 11am on a Saturday.

I have tried. I have been in denial. I have gone through the stages of grief. Yesterday, when the temperature dropped below 60 degrees (in FL, in April!), I came across the first ever cotton sweater I bought from J.Crew. I bought this at NorthPark mall, in Dallas, circa 1992. As an SMU student, I considered this an "investment piece". It still holds up. Is still soft. Still holds its shape. Is probably the only J.Crew item in my wardrobe that completely still exemplifies the brand (still fits!).

I have been pulling for this brand. I have been loyal to it. Followed its triumphs - embraced its high-low chicness and cool-geek phases. J.Crew was the accepted bellwether of East Coast prep trends.

This is what happens when you cannot take a step outside of your brand and see the bigger picture.

But who can? Can Gap? Can Neimans? Can JC Penney? Can Macys? Can Anthropology?

I ventured down the rabbit hole and clicked through one of the ubiquitous emails this past week - to see the New Arrivals. There were the "must have" looks. There were the "no-brainers". Alas, there were still the jewelry capsule collections, upward of hundreds of dollars - intermingled with latent items from a year ago that were now 50% off (the doppelgangers of which can be procured at Target).

I bought everything in my basket - white jeans, earrings and a signature striped top - for less than $75 (because, why would one pay more?). I bought these for old times' sake. For the nostalgia I feel for a brand that has been with me every step of the way. For a brand I really don't want to go away. But that is going to.

This is, sadly, where I leave J.Crew. 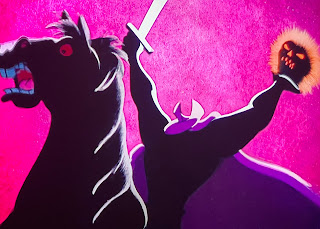