The End of Retail as we Know It. And I Feel Sad.

Not surprising to many, but shocking to some - on Monday it was announced that storied, sensational and super-luxe retail bastion, #NeimanMarcus, may file for bankruptcy this week.

Since nothing is really all that outlandish in the age of #coronavirus, maybe that's not a big news story for most. But I would offer, that if one puts their retail hat (or boots) on, it is a lot. And it is indeed a pre-cursor (mid-cursor?) for things to come. For, as we prodigies of the digital age are all-too-familiar, this was bound to happen.

And even if it wasn't, it is actually, nostalgically, kind of sad.

As fate would have it, I happen to currently find myself in the middle of reading Minding the Store, by  Stanley Marcus. 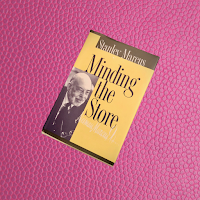 I bought this book in its second printing, after Mr. Marcus had come to speak at my marketing class in the Cox School of Business, at Southern Methodist University. His family had been supporters of SMU since prior to its breaking ground. He regaled my class with the legendary customer service doctrine into which he was baptized by his father, Herbert Marcus. I was entranced and couldn't believe the great good fortune of being in the presence of such a retail legend and icon.

I had never shopped at Neiman Marcus until I moved to Dallas to attend SMU. As a rarefied SMU student, not on the BMW or prep school side of things, I kind of felt like I had no business shopping there. Nor did I find anything remotely accessible - at that time, they only took the Neiman Marcus Card. Which was a good thing - as I also had no business having a credit card.


There was something about the store that was significant to me from an historic standpoint. And, as someone obsessed by advertising and brands from a young age, while I couldn't count myself as a shopper of Neiman Marcus, I had an appreciation for the principles and the people on which the original business was built.

"This was another way of saying,

'Let's practice the Golden Rule in all of our dealings'."


After graduation, when I migrated to Denver, as much as I loved every bit of that mountainy, outdoorsy, fleece-y place, every so often, I would wander through the Neiman Marcus store at Cherry Creek Shopping Center just to see the latest, the newest and the prettiest - and also, sadly the most expensive and unattainable (#NeedlessMarkup).

Until I saw a new denim bag by a #brightyoungthing named #KateSpade. I quickly fixated on this incredibly affordable bag. Finally, with the "disposable income" parts of my first, second and third paychecks as a young (read: poor) marketer, I bought my first Kate Spade bag. Made even more special because that label said "Kate Spade Dallas" - instead of the young designer's now famous "New York" insignia. This bag and I were meant to be. And because Neiman Marcus had the exclusive rights to Kate Spade's initial designs - by way of introducing her to the world - that was the only place I could get it.

The disappointing part is the woman behind the counter didn't feel the same verve about having this obviously not gilded, 25-year-old as her customer. If you've ever been on this side of a transaction, you know how it feels. Not unlike the famous scene in Ferris Bueller's Day Off, when Abe Froman (Sausage King of Chicago), Sloane and Cameron decide to dine at an exclusive restaurant and are greeted with nothing but disinterest, distain and snobbery - she treated me as small, unworthy and unwelcome.

Which was the exact opposite of the feeling Mr. Marcus had led me to believe I would feel in his store ....

So now I knew the modern day Neiman Marcus did not care if I was their customer. And that made me indignant. And also not a little bit confused, because I knew that Stanley Marcus DID want me to be his customer. And therein lies the beginning of a retail relationship fraught with cognitive dissonance.

It was like the folks that worked there had never read his book! This idea flabbergasted me - how could you work there and NOT read it!? It's like when we went to Cheers in Boston last summer and the young host admitted he had never seen an episode of Cheers.

They'd definitely lost a potential customer for life. But because I'd personally met Mr. Marcus, they'd also gained an observer from afar and a critic - an appreciator of the founding principles and a marketer and shopper who wished they would honor the Neiman Marcus legacy. Someone who knew that it was meant to represent the best of the best. But to find it, I would just head to Marshall Field's. Whose lovely salespeople were always happy to see me.

Still, I had never actually been to the original downtown Dallas store. Maybe this would be different. Several years after graduation, still living in Denver and with a feeling of nostalgia for the "Big D," I finally found myself in the second original headquarters for luxury (the first had burned down in 1913). I still have the classic YSL lipstick I bought that day (no, I do not still use it). It was neither a good nor bad experience. But it should have been exceptional. 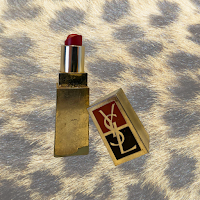 Like I said, while I may have appreciated the store - I could not and still do not count myself as a loyal shopper there. I love the brands, I love the luxe and I love the idea - but I just don't have it within my logical and practical shopping psyche to be a regular.

All because it was very clear in 1990-something, they did not want my business, nor did they think I had the potential to bring them any in the future. So I shop at places that actually smile when they see me (see: Bergdorf Goodman - yes I know that BG and NM have been the same company since the 70s; and Bloomingdale's - and yes I know they are part of Federated). What's a girl to do?

As I paint this picture, I would be remiss not to mention several of the many milestones achieved by Neiman Marcus.

First specialty store in Texas (and in the south)
First store in Texas to advertise in fashion magazines - Vogue, Bazaar
Showed a profit in its first year of operation
First to welcome Dior to the United States
Realized record revenue and profits during the last year of the Depression

That last point is particularly noteworthy and timely.

Now, in April 2020, the definition of "luxury" shopping is that most non-essential shopping is truly, really, actually - a luxury.

If it's a non-essential good - clothes, makeup, giftware, home decor, etc., and regardless of whether it's from Target, Amazon, Walgreens or Sephora, I know people are thinking twice before they put it in their basket and have it packaged and delivered by those on the front lines of this pandemic.

Of course, the writing on the wall has been there since the dawn of the term "clicks and mortar" and many of us have seen the struggle meted out in real life. Indoor shopping malls, long before the pandemic reared its vile, indiscriminate head, were hanging by a nostalgic thread and taped together with "70% off" signs.

Target, Old Navy, H&M and Uniqlo have not only become the staples of the long-lasting "high/low" fashion trend, they've become the limit to which GenZ might be willing to invest in non-experiential "necessities."

Shopping was once an actual experience. Now, from our collective family rooms, it is all too easy to 1)pour wine 2)shop 3)purchase 4)repeat (current environment notwithstanding).

The retail picture, regardless of whether luxe brands like Neiman Marcus or mid-range, specialty retailers like the Gap or J.Crew survive, will look vastly different on Black Friday this year. And, I imagine, by another factor all together one year from today.

While I must stop short of saying I personally will feel the loss of today's Neiman Marcus, I do feel awful and terrible for its many employees, suppliers and everyone affected by something of such magnitude. Likewise for those of Gap, JC Penney, Sears, J. Crew ....

And I feel a loss for the great promise and principles on which each of these entities and the many legendary - uniquely American - retail stores were founded.