The Business of Advertising and the Matter of Metrics.

I'm not going to lie. The advertising business is actually all it is cracked up to be - exciting, glamorous and fun. The best thing in the world. There is honestly nothing I'd rather do as a career in life (except dolphin trainer). Truth.

At its best, advertising is exactly what you think it should be - fabulous headlines, exclusive sponsorships, exciting photoshoots on location, awesome networking (especially when it wasn’t virtual!).

So, maybe 5% of advertising is that.

At its worst, and perhaps many of you have experienced this, it's expensive, confusing and imperfect. This is just really 5%, too.

So, up-for-grabs is the remaining 90%. The actual Business of Advertising. There is actually a reason for all of the precious puppies, hilarious headlines, uncanny taglines and canny calls-to-action. A measurable reason.

As someone with the benefit of incredible timing and superlatively more incredible peers, who had the privilege (via my then-Associate Media Directorship at Leo Burnett/Starcom) of participating in the execution of the first interactive TV campaign (via Survivor and my favorite Chevy Avalanche) as well as the first mobile campaign and associated branding study - via AT&T, and so much more, I can say - Measurement is Everything.

It's ROI. It's results. It’s the Matter of Metrics - engagement, clicks, lead generation, conversions and ultimately sales. It's the glorious Purchase Funnel we all know and love. And ultimately, it's loyalty and customers for life. 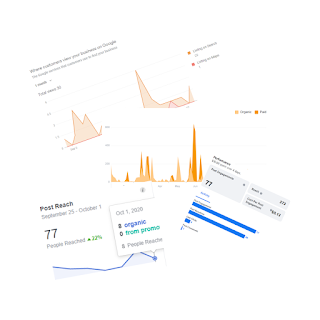 In real terms - it's measurable metrics from marketers, social media teams and media partners (not vendors - strategic partners!). And if that's not what you are experiencing right now, it really should be.

Up until the digital age, advertising measurement was not an "exact" science. "Impressions", for example, which translates into "the opportunity to see", weren't ever a truly concrete number. As late as 2015, did we exactly know the number of cars passing a billboard during a specified period of time or exactly how many households were tuning in to a given network and given show on a given night, or how many folks really saw the ad in Vogue? Well, we do now. Thank you GPS, Wi-Fi, Bluetooth, etc.

Well about Vogue. Still no. But we know it's a bunch. And it sure is gorgeous!

For TV, the digital age has been nothing short of revolutionary. The onset of digital, on-demand and OTT television allows us to know not just households with the "opportunity to see", but actual households that viewed the commercial in real life - how many skipped, how long it was viewed and maybe, how many purchased a product directly from the ad.

Measurement and analytics are actually the very best and most rewarding part of advertising. Really. It makes up the other 90% that isn't "Where's the Beef?". I still don't know where it is, but I do know, "It's What's for Dinner".

The simple tools that allow you to see, understand and analyze impressions, reach, engagement, cost-per-click, time spent, time viewed, pages per session - and every other in-depth rabbit hole - and on and on and awesome, is the actual proof in the proverbial advertising pudding.

That said, a large component of why working with small, local businesses is my passion and is so very purposeful and rewarding to me is because my clients and I are able to review actual, meaningful results. And then, I can present action items and strategies to drive their businesses forward in actionable, concrete ways.

The long and the short of it is, if your agency, or nephew's brother's cousin's uncle who handles your social, digital or any other media, isn't providing exhaustive metrics, measurements and ever-increasing results and associated optimization strategies - it's important to ask for them.

Regardless of your budget, actionable metrics for your local business are really the best part of your advertising investment. And that's what actually makes advertising so fun. 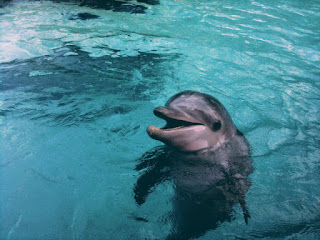